Bob knows how to build a plan for our future …

Bob is a trusted community leader who, as President of the Bay Area Houston Economic Partnership since 2007, has helped bring the Gulf Coast Region a new generation of innovative job opportunities and workforce training programs. From overseeing the Space Alliance Technology Outreach Program to promoting the creation of a spaceport at Ellington Field Joint Reserve Base, Bob sought out the jobs of the future and brought them home. Recognizing the need for local training programs to fill those jobs, Bob helped develop and implement training pipelines on the high school, junior college, and graduate levels.

… and has real experience getting the job done.

Bob has worked to help Gulf Coast communities prepare for, respond to, and recover from storms. Since 2008, he has advocated for a coastal barrier system to protect the citizens and the economy of the upper Texas Gulf Coast. In 2021, Gov. Greg Abbott appointed Bob to the Gulf Coast Protection District Board of Directors, which was created by the legislature to operate and leverage funding to build the unique flood control and surge protection needs for coastal communities. Gov. Abbott said this project will go down in history as one of the most significant measures to protect Coastal Texas, its citizens, and the economic activities the region provides. 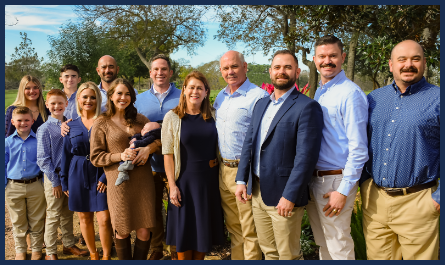 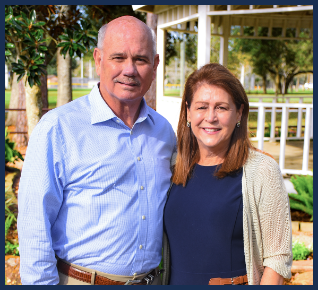 Bob has actively donated his time in many capacities. In recognition of his work and partnerships on behalf of NASA Johnson Space Center, its many contractor companies and the Houston Airport System, Gov. Abbott appointed Bob to the Texas Aerospace and Aviation Advisory Committee where he is currently serving his third term. He also serves on numerous boards including that of HCA Houston Healthcare Clear Lake, UTMB Health System Advisory Board, HCA Gulf Coast Regional Advisory Board, the Rotary National Award for Space Achievement Board of Advisors, and Gulf Coast Limestone, Inc., and Communities in Schools. Bob is a father and a grandfather, and lives with his wife Joan in Pearland.

“I fully support Bob Mitchell’s candidacy to become the next state senator for District 11. His trusted leadership and friendship have been invaluable to me, the residents of District 11, and beyond.”

“Bob Mitchell is by far the best qualified candidate for SD 11. No other candidate can truly claim the firsthand knowledge and leadership Bob has provided to the people in SD 11.”

"Out of the diverse field of four candidates who are running for the District 11 senate seat, Bob Mitchell is, by far, the most qualified. He has over 20 years of economic development leadership in the district where he has lived his entire life and knows very well. The companies, jobs, and educational opportunities that he has helped bring to District 11 havew improved all of our lives. Voting for Bob is voting for the continued success of our jobs and families in District 11."

"Bob's focus has always been on those things that improve our quality of life. From economic development to storm surge protection, his dependability and ability to get things done have impacted the region in such a positive way."

"Bob Mitchell has been the president of BAHEP for 15yrs. His foresight and leadership have created a business-friendly environment that attracts companies and jobs to the area."

"Bob Mitchell has been instrumental in bringing companies and jobs to our region, creating far-reaching educational opportunities for our citizens, and serving as a regional voice to our elected officials at the local, state, and national levels. Of the four candidates who are running. Bob is the most qualified to be our next state senator for District 11, and he has my full support."

"I fully support Bob Mitchell's candidacy to become the next state senator for District 11. His trusted leadership and friendship have been invaluable to me, the residents of District 11, and beyond."

Bob is Dedicated to the Gulf Coast

Achievement Board of Advisors